“O. J. is Innocent and I Can Prove It: The Shocking Truth about the Murders of Nicole Simpson and Ron Goldman”

After 17 years of personally investigating this case, “O.J. Is Innocent and I Can Prove It” uncovers critical evidence pointing directly to a different suspect in this case, and it’s definitely not OJ Simpson,” said renowned private investigator and author, William C. Dear. “There is little doubt that OJ was at the murder scene, but only after the murders, and it’s time for the local authorities to pay attention and act on this information, so the families of these victims can know the truth before the real killer strikes again.” This book includes shocking photos and new evidence about the murders of Nicole Brown Simpson and Ronald Lyle Goldman, that was totally overlooked by the original investigators. Evidence that points directly to a surprising new suspect, very close to OJ. 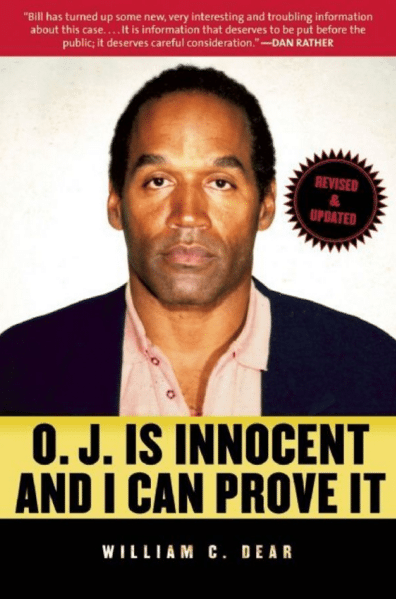