“Please Don’t Kill Me: The True Story of the Milo Murder”

The subject is Dean Milo, a millionaire shot to death one night just inside the door of his home in Bath, a suburb of Akron, Ohio. The police failed to solve the case, and Milo’s widow hired Dear to investigate in 1980. The detective considered rumors that the victim was involved in drug dealing but nonetheless turned his suspicions on Milo’s kin. Milo had greatly enriched his family by taking control of their jointly owned business, yet they resented his usurpation. They became Dear’s prime suspects and he was able to prove that the victim’s brother and a cadre of hired henchmen committed the murder. 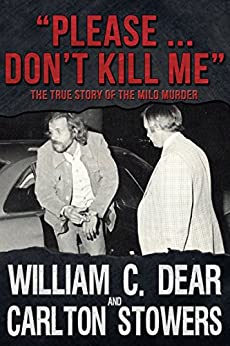